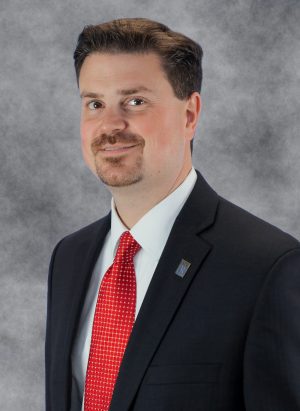 In October 2015, Justin R. Porembo was chosen by the Board of Directors to serve as the Greater Lehigh Valley REALTORS®’s next Chief Executive Officer. Justin previously served as GLVR’s Director of Government Affairs from 2011 to 2014 before parlaying his experience in governmental affairs into the role of Chief of Staff for the Bethlehem mayor’s office.

Justin had been the Deputy Director/Special Assistant to the Mayor while at the city of Bethlehem’s Department of Community and Economic Development. Among his many municipal responsibilities, Justin closely interacted with business owners, developers and non-profits to secure and advance their projects and developments within the City of Bethlehem, including the identification of funding initiatives, planning and zoning.

Prior to joining GLVR, Justin had served as Deputy Director for United States Senator Arlen Specter for eight years.